the mosaic and the high street minister

penny mordaunt the high street minister visited belper today and chris was there to show off part of her mosaic commission for transition belper.

the minister was visiting belper to see aspects of belper that contributed to the town being awarded the title  winner of winners in the great british high street awards for 2014.

the two of them chatted for several minutes during which time chris told penny of the community involvement with the making of the mosaic from the initial drawings of children from local schools through to festival goers at belper goes green festival in june. penny was thrilled to be invited to join the other participants by adding a tile to it. 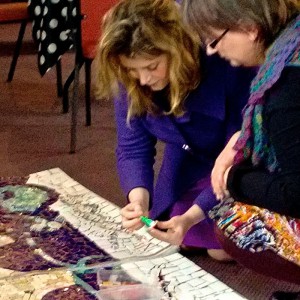 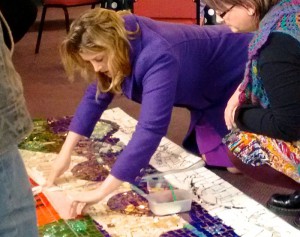 through a big smile penny said “i’ll have to come back and see it.”

the mosaic will be installed later this year on the north bound platform of belper station.