representatives of the funders and schools who took part in the belper station mosaic project met today to celebrate the achievement of the project.  six children from herbut strutt primary school, turnditch primary and the nursery next to the station were joined by the funding partners to hear alistair morley of the train partnership and david george of transition belper describe how the project came into being and was realised at the station. 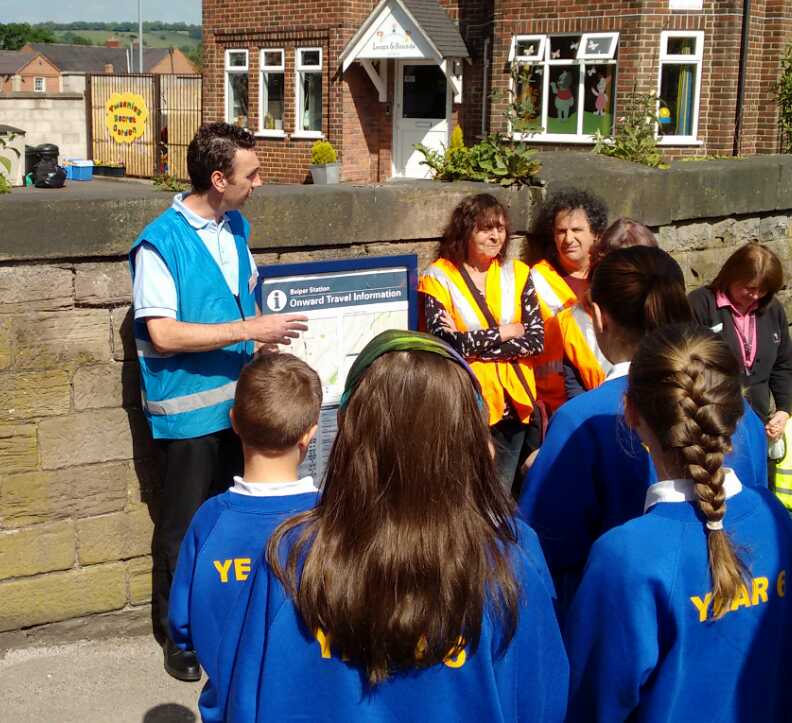 alistair morley welcoming the assembled funders and children to the ceremony this morning.

after the short formalities the groups were shown around the station and each had an opportunity to look at and ask quaestions about the mosaic.

chris gray, the lead artist on the project and worked closely with the represented schools and st johns school by running workshops with the children about what they loved most about belper.  chris came up with a design based on what the children had drawn and painted.  alistair explained the process of how he took the orginal drawing and got them scanned and printed so that visitors to the station can enjoy a selection of the original artworks that the mosaic design is based on. 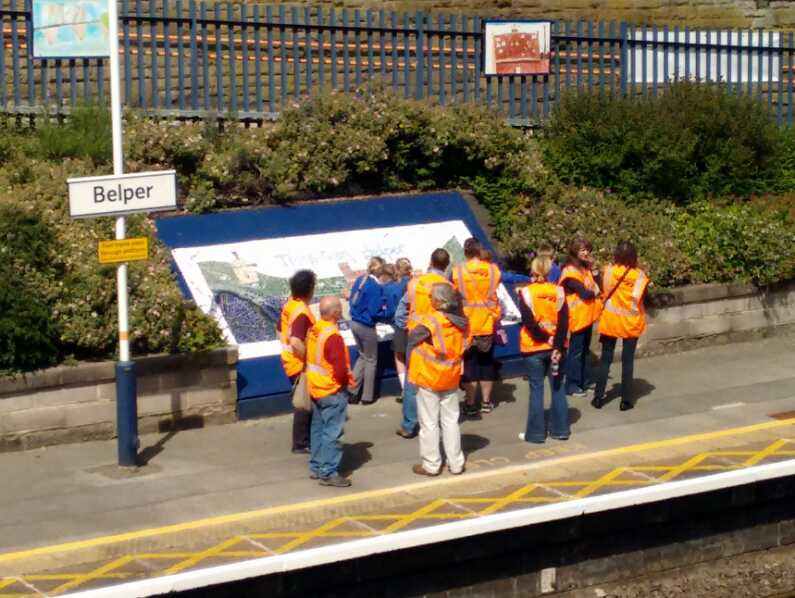 the process and who took part is recorded for visitors to learn about on an information poster and was designed by andrew martyn sugars.

chris said of the day “there was something refreshing about seeing how the children enjoyed seeing their own artwork and the work from the other schools.”

the mosaic is located on the matlock bound platform of belper station.