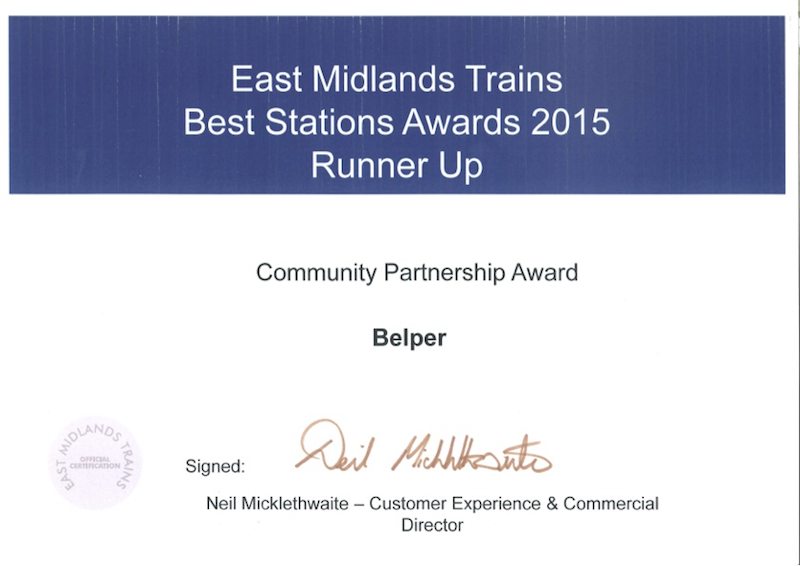 christine (far left) and kate (in the middle)  from the transition belper station crew represented belper at the lunch time awards held in derby.  also in the picture are the other winners from the derwent valley. 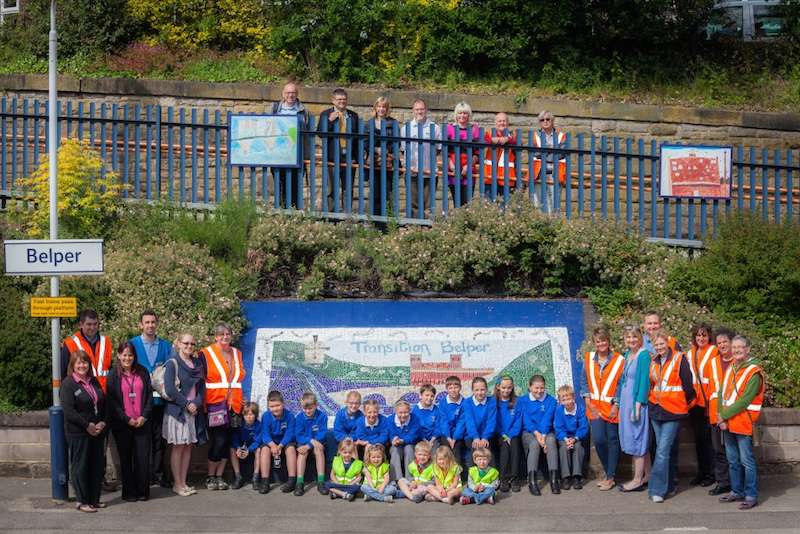 we were all very delighted to hear of the success of the mosaic and art gallery in the community art scheme (permanent projects) category as it took first prize.  christine had travelled to the torquay venue for the award ceremony and was justly proud of the project acheivement when she went up on stage to recieve the prize. 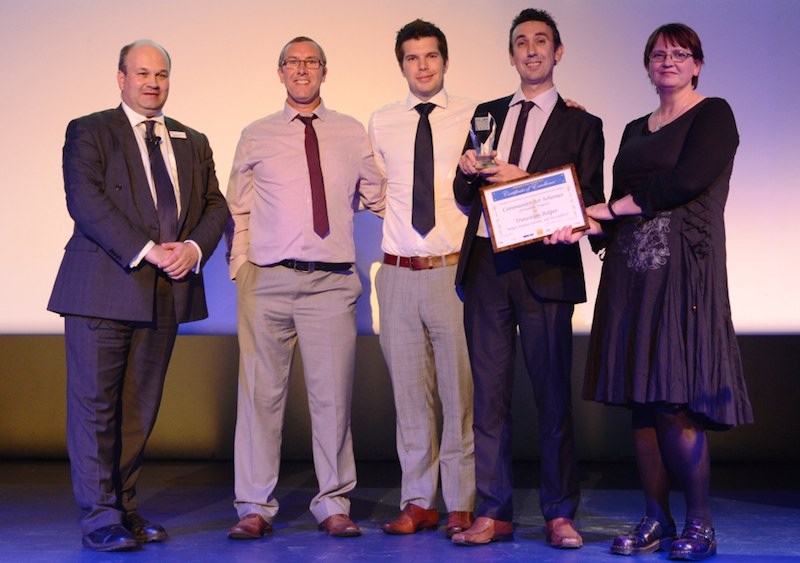 another winner was ashley franklin’s  photograph, voted for by over 300 guests at the Community Rail Awards Gala Dinner, comprises a train pulling into Belper Station during the unveiling of the Mosaic.

of the mosaic and art gallery project, david geogre chairman of transition belper said   “this is true community art crafted by the children and people of belper to welcome rail travellers to our town and tell visitors how proud we are to live in such a wonderful place.   it is heartening that all the hard work and creativity put in by christine and the children has been recognised in this way. congratulations and thanks to everyone involved.”

emma knight, stagecoach group head of media and public affairs, said:  “these awards are a well deserved endorsement of the dedication and commitment of our community rail partnerships, our valued station volunteers and the other organisations we work with to create a better train service for our passengers.  we would like to pass on our congratulations to all of the winners.”

in a message to david geogre, mp for mid derbyshire pauline lathem wrote ”

I am writing to congratulate you and everyone involved in making the station mosaic which won the best community art scheme at the national Community Rail Awards.

I know it was a team effort through and through with so much involvement from Christine Gray and all the youngsters from local schools to produce this fantastic mosaic. You should all be very proud, it is another great addition to Belper. “ 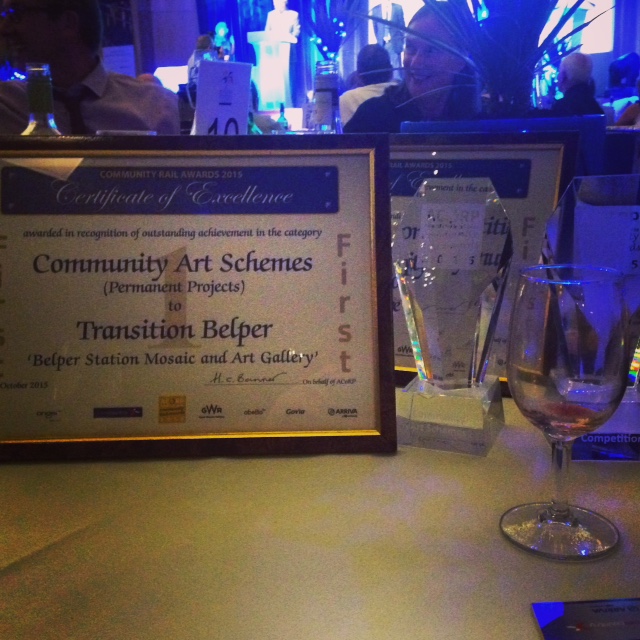 the winner certificate in the community art schemes (permanent projects) category for the belper station mosaic and art gallery.

image by chris gray (before the celebrational glass of prosecco)